Finally arriving at Nasarssuaq, we noticed how the bay is completely packed with icebergs from the fjords. The locals mentioned that they never had so many icebergs during this time of year in the last few decades.

As we were crossing the bay to reach our hostel, the Lief Kensington hostel, we passed a few giant icebergs along the way. The group’s impression on it started of with more excitement than worry, since all of us have never seen this sort of sightings before. 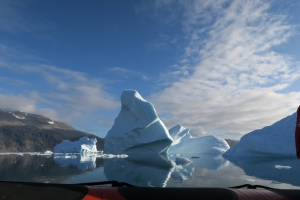 After settling in our hostel, we decided to head to the nearest fjord/valley, where the icebergs were born, to document the whole situation on camera. Towering to about 10m in the air, we were overwhelmed by the gigantic size of these bergs. We began to noticed how difficult it was to navigate through the icebergs. not only did the captain had to watched out for normal icebergs, there were black ice half submerged in the water as well, which is transparent ice that are hard to spot and can easily be hit. 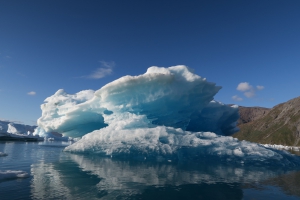 This unusual event was simply due to the amount of rain they had this season, which is cause by an increase in the warming of the ocean. Rain causes the glacials to have cracks in their structure, which in turn produces more icebergs.

Hearing about this, I remembered my flight attendant mentioning that Nuuk had 8 months of snow this year. Climate change has caused the areas in Greenland to have much severe winter and warmer summer. In other words, a colder winter and more icebergs to navigate through in the summer. 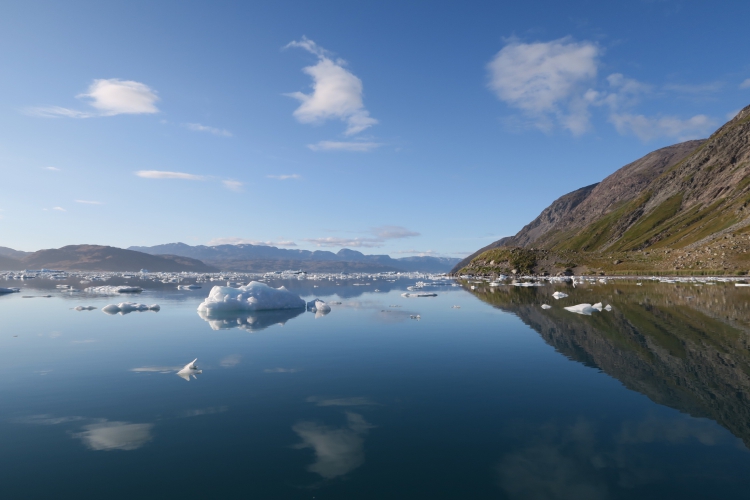