From Nuuk to Nuuk

I’ve had the most interesting flight journey of my life today . We rushed to the airport for our 9 am fight to Nasarssuaq. The plane was so small that we had to be weighed along with our baggages.

Entering the flight we noticed why so,it was completely packed. The journey was planned to take around 45 mins for a stopover before Narsassuaq. But due to the weather system not cooperating with the plane, we had to fly around Paamiut for an extra hour or two. There are certain requirements for planes to be allowed to land, which was pilots need to be able to see the runway at certain distance before landing. Our pilots did not meet the requirement so they decided to head back to Nuuk. On the way back, we saw the most breathtaking scenery, the greenland ice sheet. We were constantly on our cameras throughout the whole trip. We even had the opportunity to go into the cockpit and take shots of the scenery Air greenland is definitely one of the most friendliest airlines I’ve ever been on. The pilots were even willing to do a short interview whilst flying the plane. I took the opportunity to take a sneaky selfie with them as well.

After 45 mins, mother nature basically did not allow us to land in Nuuk. So we ended up flying back to the city of Kangerlussuaq, the original city where we first landed in Greenland on our first day. As the flight attendant said, “When in Greenland, time is not important, weather is”. After a short stopover at Kangerlussuaq, we headed back to Nuuk for another night and hope for a better weather the next day. 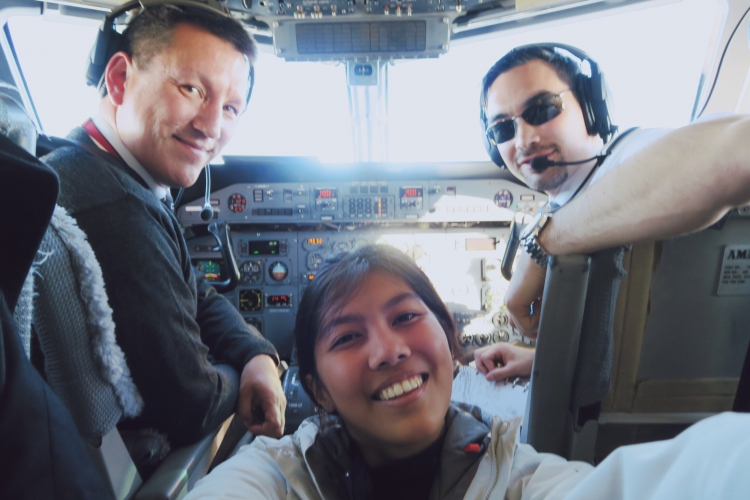