“We need positive images of what is possible“ Joerg Altekruse founded Youth4planet to make a difference using the power of films. With the #conAction participants, he is working on film projects on justice. WELTBEWEGT: What is the idea behind Youth4planet, and what are you actually doing? JOERG ALTEKRUSE: Youth4planet is a network and… 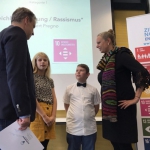 Time for change! “We want to act now”, are the rapper from the Schengen-Gymnasium shouting from the screen, and the Minister of Environment and the Minister of Education were thrilled. They were participating at the Youth4planet Film Festival, which presented selected films by Luxembourgish children and adolescents at the Forum am…

Opening of the youth4planet creative lab 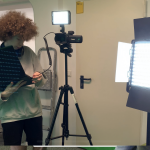 Last week we celebrated the opening of our brand new office. Of course we showed some films made by youths. Joerg Altekruse, the founder and „brain“ behind youth4planet gave the invited guests some insights and of course there were laughter, snacks and amazement about the place. The youth4planet creative lab has a green wall (which is used… 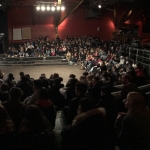 Telling stories for a change: That was the task at the creative workshop with Youth4planet in the big hall of the Markthalle Hamburg. As the most important tool, the nearly 300 pupils, students and teachers from 10 different Hamburg schools brought their Smartphones. Invited by Youth4planet.org and to celebrate the UN Global Action Day, they…

youth4planet will be on German TV twice in the coming weeks: On 30 September KiKa (Germany’s largest public TV station for children and youth) will broadcast “Youth4planet-wir alle sind Zukunftsmacher!” (“youth4planet – we’re all making the future”) as part of the programme “Erde an Zukunft” (“Earth to Future”). And on 2 October public channel… 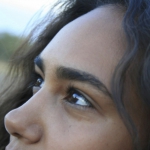 (Uummannaq, North Greenland, Arctic Circle. Photographer: David H Ottosen) Here I am, Kalinda Palmer, possibly the first Australian Aboriginal to reflect in North Greenland, where the peaceful and inevitable landscape encourages one to do so. For the last four months I have watched and felt the Arctic landscape change and transform. Everyday… 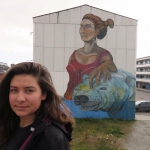 Youth4Arctic has returned to Greenland, although this time I ́m traveling without the rest of the team across vast ice sheets, to a remote location in the north called Uummannaq. Previously being in South Greenland I found myself observing the cultural importance of the natural environment in which is becoming increasingly vulnerable. I…

Since not everyone is able to stop by for the premier of the youth4planet shortfilm in full IMAX quality at la Geóde cinema in Paris we also gladly share it on youtube - available in 7 country versions! Please take the 3 minutes and take a look at this awsome result of the hard work we've done in th

Back to Indonesia, Just today we were Interview by one of most powerful Senior Journalist in Indonesia, Mrs. Desi Anwar, who was also attending COP21 in Paris last week. It is such an opportunity for us to spread the message and tell the people especially the young generation to change their perspective about climate change and start taking…