The melting of the glacier

We took a helicopter ride to Kiagtût Sermiat Glacier with world renowned Glaciologist, Prof. Jason Box. It was an amazing experience as it was the first time we all get to go on a helicopter ride. especially to get a view of the glacier from above with our own eyes.

Helicopter view of the glacier

When we landed, the youths were escorted off the helicopter and we were left with survival gear for safety reason, whilst the crew flew off with the helicopter to get an aerial shot of us. We were told to not roam off anywhere as there was the possibility of the glacier cracking and dropping a hundred meters down. 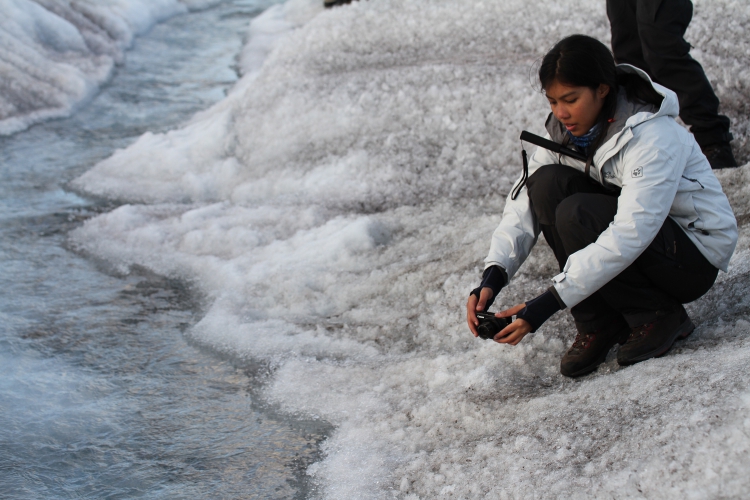 After a few shots, we were reunited with the crew and the youths set off to get some footages of our own. Prof. Jason Box brought a 6-8 m pole, which can be dismantled into several ones. He was trying to show us how much ice has melted in a one year period. It dawned on us on how tall the pole was and that we could be 8 m higher on the surface just a year ago. With the current global warming rate, the pole could double in height by mid century and THAT will cause a tremendous effect on the whole global climate. 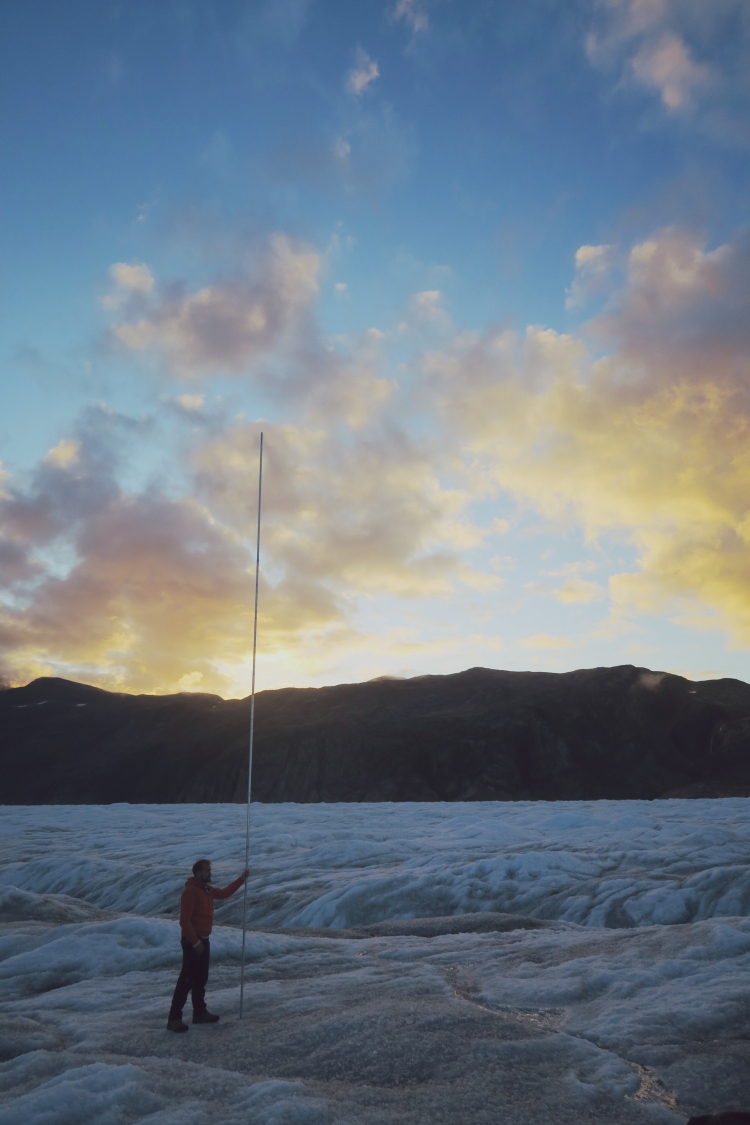 As Prof. Jason Box said, ” We are at turning point; my generation fully documented the climate crisis, now it’s the current generation’s job to get cracking on solution ” 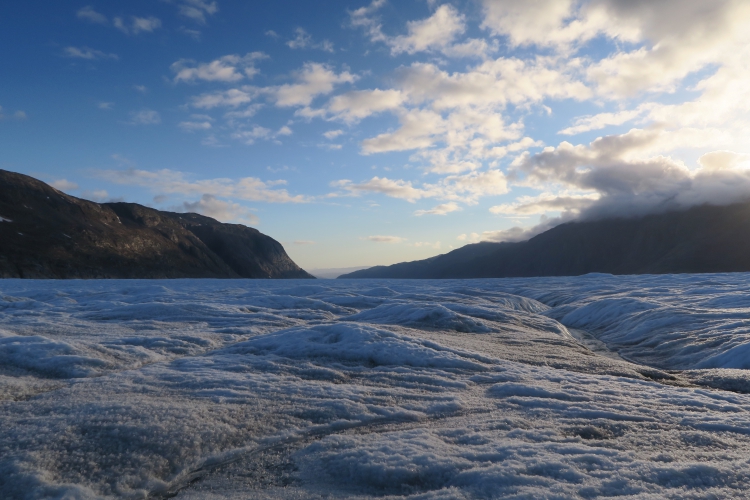