Seeing through the haze: Why we must protect Borneo’s forests

I recently returned home from South-East Asia after presenting at the 2015 Asia for Animals conference, as well as visiting friends of mine who work on the ‘frontline’ in wildlife protection.

Anyone who’s visited South-East Asia recently will tell you that there’s one thing you immediately notice — the smog. Indonesia is burning, and the consequences of widespread forest fires across much of the nation is being felt heavily across Borneo and many other parts of South-East Asia.

Forest fires have become a quick and easy method of clearing forests in the region. The deforested land is often used to grow plantations that produce palm oil — an ingredient found in about half of all supermarket products throughout Australia, Europe and Northern America.

The impacts of Indonesia’s fires aren’t just being felt locally. As forests our the lungs of our world, absorbing and storing carbon dioxide, burning them will continue to boost the amount of greenhouse gas in the atmosphere in more ways than one — which is the last thing our planet needs.

Amidst the thick haze, however, I witnessed once again Borneo’s natural beauty, and I wanted to share some images I took. Seeing these incredible fauna and flora, and momentarily forgetting about the smog, offered a critical reminder of why we need to protect this precious place — and why destroying it for the sake of profit can never be right. 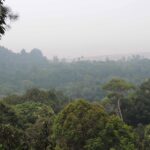 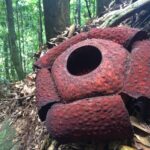 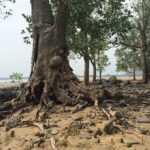 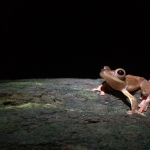 About the Author Thomas King

Bestselling author, gold medal Olympian and award winning actor; I’m absolutely none of these things! I am, however, a passionate social justice campaigner and nature fanatic, and Victoria’s 2015 Young Australian of the Year.

I first became involved in campaigning in 2010 at age 13, when I founded SayNotoPalmOil.com – a site that today informs over half a million consumers annually from more than 200 countries about the impacts of unsustainable palm oil development in South-East Asia. I’ve since held positions within organisations like Oaktree, the Jane Goodall Institute Australia and the youth division of the United Nations as an advocate in environmental preservation, animal protection and poverty eradication.

I’ve been lucky to experience and see some amazing things through my work over the last 6 years. From living with indigenous communities in the heart of the Bornean jungle to establish conservation projects; to leading a campaign that raised 1.6 million dollars to alleviate extreme poverty; I even volunteered as a journalist at the London Olympic Games to report on athletes from developing nations so that their families at home could track their performance.

Currently I am heading foodfrontier.org, an independent think tank and expert advisor on alternative proteins in Australia & New Zealand.